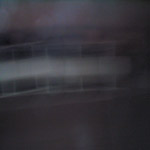 Mortesium is a swedish ambient project, formed in 2002 by Ronny Jacobsson. Right now he's working on his first album but had time to release this little single first.

This is probably not the most experimental music you'll ever hear, quite far from it actually but it's not what it's meant to be, Mortesium's is Ronnys vision of ambient, the way he thinks it should be; the sound is dark, but still relaxing and meditative with layers of strings, textures and samples. The music isn't really meant for listening as you do with regular music, more background music, to relax, maybe while reading a book. Simply a great way to just escape if you want to.


So please, download the tracks, plug in your headphones, turn off the lights, light some candles and enjoy at high volume!

"Those of us who've had experience with downloading MP3 music know all the problems: Poor sound quality, not knowing what you'll end up with and not having that important artwork & packaging. Oh, and it might well be illegal. With Mortesium's Dreamstate EP, available to download from the Mortesium website for free, you not only get 3 high-quality MP3 files of dark ambient but the artwork to go with them. And it's completely legal. But is the music any good?

With such attention to detail already lavished on the package then it couldn't be any other way but this EP impresses beyond any expectations with its hypnotic, melodic dark ambient. The opening track has gently fading melodic synth drones and reminds of nothing so much as early Delerium with environmental sounds like running water and buzzing insects. Glass-like textures float high above the rest of the mix and build, appropriately enough for a track called "Dreamstate", into lavish washes of REM-state sound.

Deep, rhythmic breaths and the cyclic lapping of ocean waves ushers in "The Sleeper Awakens", the second track on this release. Deeper and more intensely structure that "Dreamstate", this track manages to evoke the sense of eternal vastness that's gained only by standing on a windy cliff-edge and staring out over the ever-shifting seascape.

"Silent and Serene" brings this triumvirate to a close with a darker sound of metallic grinds and trickling rain. Like sitting at the mouth of a shadow-filled cavern as wind howls outside and pebbles click in the shifting air, this final track is as unsettling as it is delightful. Near the end of this piece comes the first sign of human involvement- the gentle tolling of a far-off bell and the muted drone of a shaman's chant but even this is distant and subsumed into the overwhelming watchfulness of Nature.

Get downloading this package as you can't go wrong whether you like a harsh sound or more gentle feelings, this will satisfy both. Hopefully we'll see more good things from the Mortesium camp soon."

Track 2 is for me basically the passage to Track 3 and consits of some very interesting Field-Recordings of a beach, and... do listen carefully to the vocals!

Track 3 is way more darker and it sounds for me like an industrial area at night where some very strange and sometimes creepy stuff goes on.